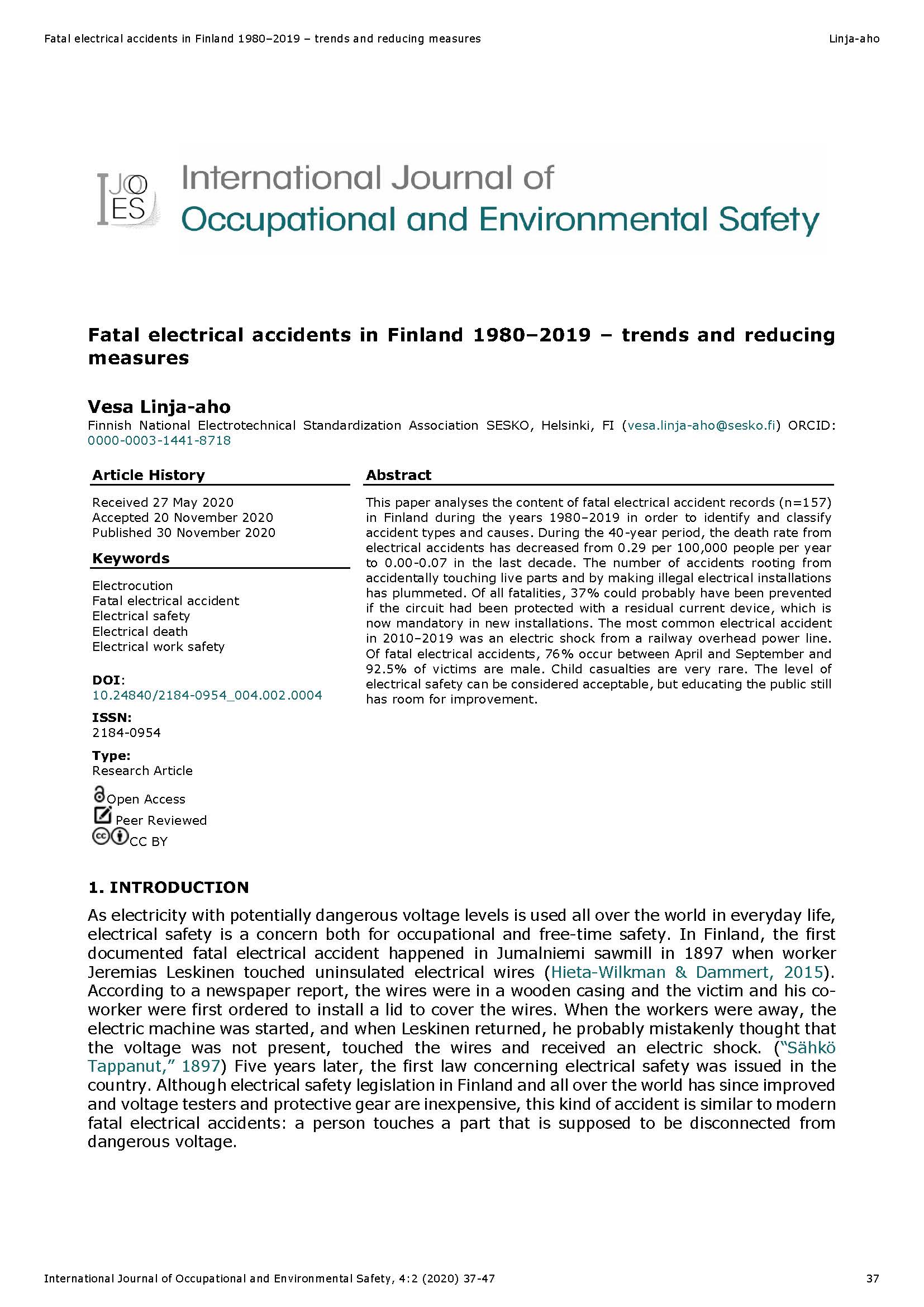 This paper analyses the content of fatal electrical accident records (n=157) in Finland during the years 1980–2019 in order to identify and classify accident types and causes. During the 40-year period, the death rate from electrical accidents has decreased from 0.29 per 100,000 people per year to 0.00-0.07 in the last decade. The number of accidents rooting from accidentally touching live parts and by making illegal electrical installations has plummeted. Of all fatalities, 37% could probably have been prevented if the circuit had been protected with a residual current device, which is now mandatory in new installations. The most common electrical accident in 2010–2019 was an electric shock from a railway overhead power line. Of fatal electrical accidents, 76% occur between April and September and 92.5% of victims are male. Child casualties are very rare. The level of electrical safety can be considered acceptable, but educating the public still has room for improvement.