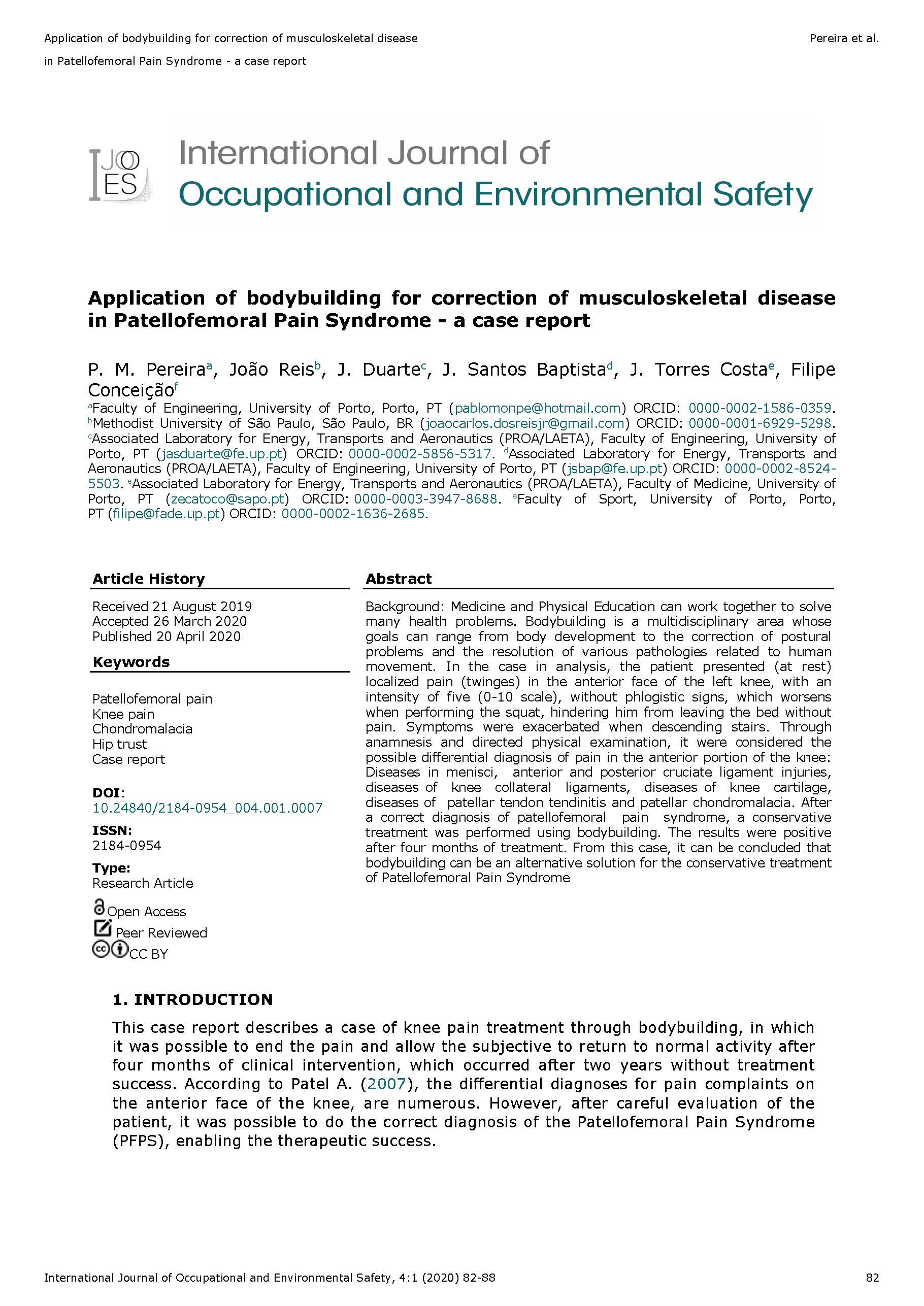 Background: Medicine and Physical Education can work together to solve many health problems. Bodybuilding is a multidisciplinary area whose goals can range from body development to the correction of postural problems and the resolution of various pathologies related to human movement. In the case in analysis, the patient presented (at rest) localized pain (twinges) in the anterior face of the left knee, with an intensity of five (0-10 scale), without phlogistic signs, which worsens when performing the squat, hindering him from leaving the bed without pain. Symptoms were exacerbated when descending stairs. Through anamnesis and directed physical examination, it were considered the possible differential diagnosis of pain in the anterior portion of the knee: Diseases in menisci,  anterior and posterior cruciate ligament injuries,  diseases of  knee  collateral  ligaments,  diseases of  knee  cartilage,  diseases of  patellar tendon tendinitis and patellar chondromalacia. After a correct diagnosis of patellofemoral pain  syndrome, a conservative treatment was performed using bodybuilding. The results were positive after four months of treatment. From this case, it can be concluded that bodybuilding can be an alternative solution for the conservative treatment of Patellofemoral Pain Syndrome

This work is licensed under a Creative Commons Attribution 4.0 International License.