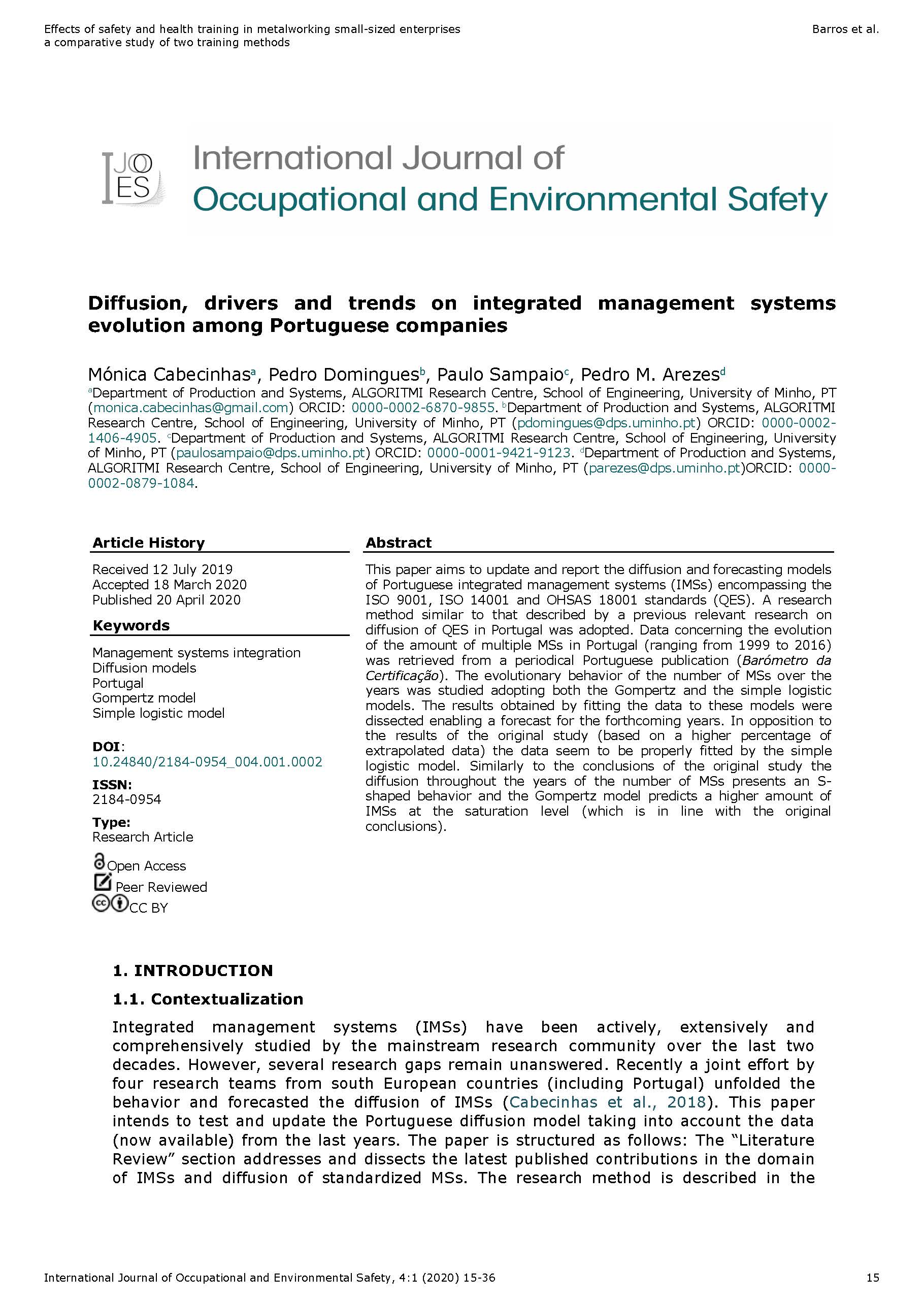 This paper aims to update and report the diffusion and forecasting models of Portuguese integrated management systems (IMSs) encompassing the ISO 9001, ISO 14001 and OHSAS 18001 standards (QES). A research method similar to that described by a previous relevant research on diffusion of QES in Portugal was adopted. Data concerning the evolution of the amount of multiple MSs in Portugal (ranging from 1999 to 2016) was retrieved from a periodical Portuguese publication (Barómetro da Certificação). The evolutionary behavior of the number of MSs over the years was studied adopting both the Gompertz and the simple logistic models. The results obtained by fitting the data to these models were dissected enabling a forecast for the forthcoming years. In opposition to the results of the original study (based on a higher percentage of extrapolated data) the data seem to be properly fitted by the simple logistic model. Similarly to the conclusions of the original study the diffusion throughout the years of the number of MSs presents an S- shaped behavior and the Gompertz model predicts a higher amount of IMSs at the saturation level (which is in line with the original conclusions).

This work is licensed under a Creative Commons Attribution 4.0 International License.